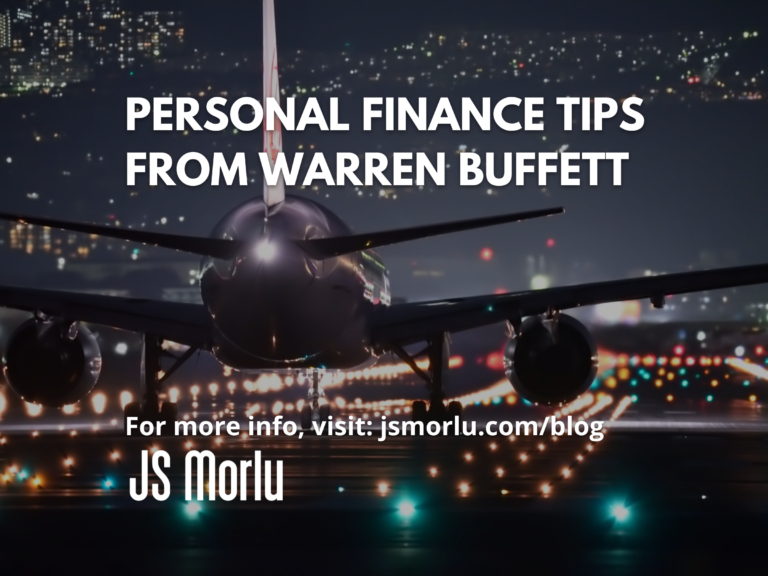 There are a lot of seasoned investors out there who have made a lot of money on things like the stock market over the years. They’ve done their research, they’ve made choices that they believe in, and they have been rewarded handsomely because of it. Any one of these people would be someone worth listening to, especially if you’re concerned about not just the present state of your finances but how things will play out in the future, too. 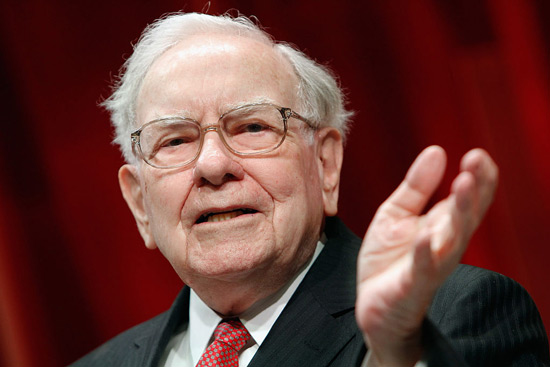 Warren Buffett is one of those rare people who not only transcends what they became initially known for but has also done so in a way that puts them in a league all their own. Buffett is known as the “Oracle of Omaha” because of the incredible level of success that he has enjoyed. By simply paying attention to investment trends and defying them when necessary, Buffett has built a personal fortune in excess of $60 billion – making him one of the richest people on the planet.

While building personal wealth through investing does require a certain amount of luck, the majority of it comes down to skill. Buffett developed a plan for himself when it came to finances, and he acted on that plan meticulously over the years. Even if your own personal goal isn’t to become a billionaire (and it shouldn’t be), there’s still a lot to be learned from Warren Buffett that you can put to good use moving forward.

Tip #1: It’s All About Value
One of the biggest misconceptions about Warren Buffett and his long-term financial strategy involves the idea that he’s always on the lookout for the biggest payday possible. Sure, it would be nice to make huge amounts of money in one or two strategic moves – but this also isn’t necessarily realistic.

Therefore, Buffett takes a different approach. He focuses on getting high value at the lowest price possible whenever he can. As he has famously said in the past, “price is what you pay, value is what you get.”

In other words, especially if you’re making moves to help accomplish your longer-term personal finance goals, always focus on value. Don’t pay a price that is higher than the amount of value that you’re getting in return. 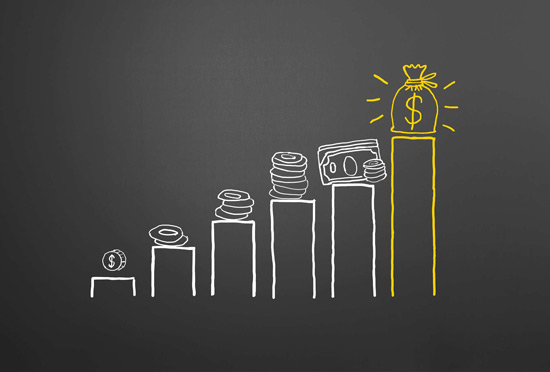 Tip #2: Start Building Those Positive Money HabitsAnother tip that people can learn from Buffett – and one that far too many people ignore until it’s too late – involves establishing solid financial habits as early as possible. Buffett has always believed that most human behaviors are habitual. Once you begin to repeat a process or a series of steps over and over again, it soon becomes second nature. Not too long after that, those “chains” of a new habit are far too strong to be broken. Or, as the old saying goes, “you can’t teach an old dog new tricks.”

This is an especially important concept in the world of personal finance. If you develop very poor money management habits at an early age, you’re probably going to carry them with you for the rest of your life. At the same time, if you develop positive habits, they too will serve you well for years to come.

But you can’t get to that point without having the right personal financial plan in place, to begin with. This is a step that you need to take as early on in the process as possible. 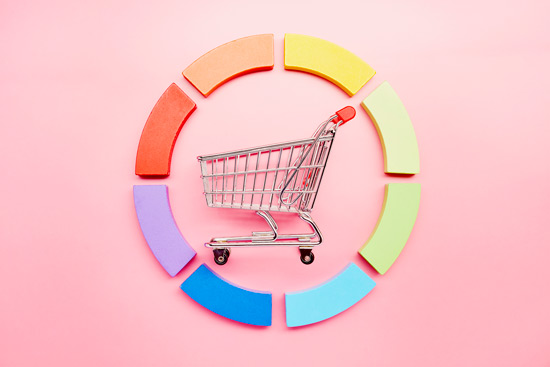 Tip #3: If You Can, Avoid DebtOne critical Warren Buffett personal finance tip involves a misconception that a lot of people have concerning debt. Many assume that debt is just a natural part of life. It’s a “cost of doing business,” so to speak. It’s hard to function in life without a credit card, and eventually, you’ll need to take out loans to go to school, buy a house, and more.

While having a certain amount of debt is probably a foregone conclusion, Buffett insists that people need to avoid it as much as possible. To use the example of credit card debt, it doesn’t make sense to put $100 on a credit card at a 20% interest rate for an item that you’ll barely end up using. At that point, you’re not working hard to pay off the item. You’re working hard to pay off the interest.

Warren Buffett has dramatically expanded his fortune over the years by eschewing borrowing whenever he could. He insists that this is something that regular, average people can embrace, too. 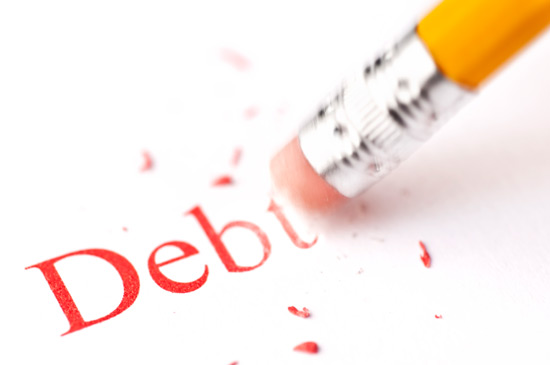 Tip #4: Embrace the Power of Cash on HandOne of the great certainties in life is that it is, in fact, uncertain. You truly never know what is right around the corner. Sometimes, as is true with your average economic downturn, we can see things coming. However, nobody could have predicted the long-lasting impact that something like an unprecedented global pandemic would bring with it, but here we are.

Indeed, the COVID-19 pandemic is a perfect example of why another one of Buffett’s tips is so important. He believes that one of the core elements of guaranteeing financial security involves always keeping cash reserves on hand.

In his own situation, he says that his company Berkshire Hathaway always keeps at least $20 billion in cash reserves – and typically more. This is because he wants to be prepared for a situation when those reserves may mean the difference between success and utter failure. No, it’s not possible for your average person to maintain cash reserves that high. But by staying liquid and keeping cash reserves, you too can put yourself in the best possible position to fend off whatever life happens to throw at you. 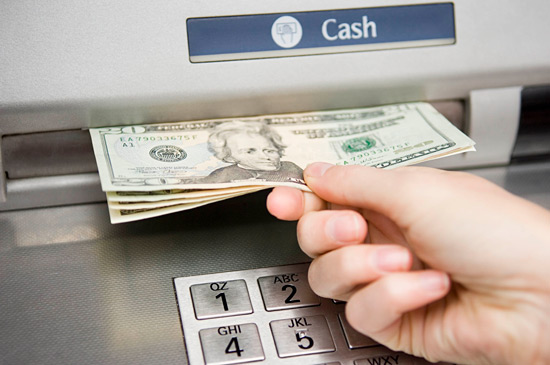 Tip #5: Educate YourselfOne of the biggest mistakes that Warren Buffett has always seen people make involves a lack of understanding of what personal finance even is, to begin with. A lot of people just assume that “if I work hard and save money, everything will work out in the end.” Instead, successful planning for your goals takes a decidedly more hands-on approach. To be able to do that and achieve the outcomes that you’re looking for, you need to be prepared to educate yourself whenever possible.

That is to say, people need to learn more about how money actually works. What steps can a person take to limit their exposure? How does one go about mitigating risk? What happens when the Federal Reserve raises interest rates? All of these are questions that people need answers to if they’re going to be successful in the world of personal finance.

However, they’re not going to come easy. Do your own research or take a class at a community college if you need to. The more you understand how personal finance works, the more you’ll be able to put these concepts to work for you. 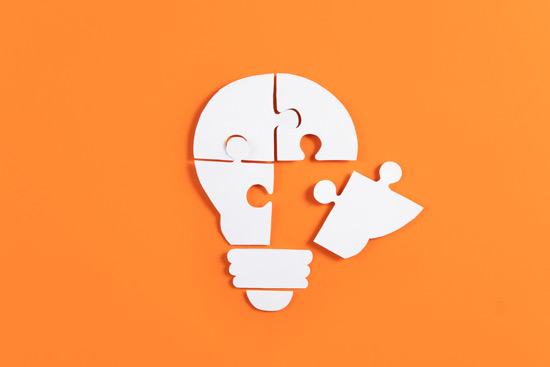 Tip #6: Don’t Forget to Invest in the Most Important Asset of All – YourselfFinally, Warren Buffett has always done what he could to underline the importance of planning for a sound financial future before it’s too late. If you want to make sure that you have enough money to live the lifestyle you’ve always wanted in retirement, for example, you’re not going to get to that point if you start saving just five years before the big day.

You need to start today. Right now. That requires you to develop (likely with the help of a financial professional) a plan that will make accomplishing those goals a foregone conclusion.

Once you’ve taken the time to do that, you need to have the confidence to stick with it. You know where you want to go and you know where you’re starting – you have to believe in the road map you’ve drawn up that will help get you there. That means believing in yourself every step of the way. It doesn’t matter how conditions may change or what is going on with the market right at this moment. If you’ve followed advice like everything outlined above and have developed the right, organic plan to meet your needs, you’ll accomplish your goals and exceed your expectations along the way.

That is a very exciting position to be in from a personal finance perspective and it’s one that few are lucky enough to enjoy. 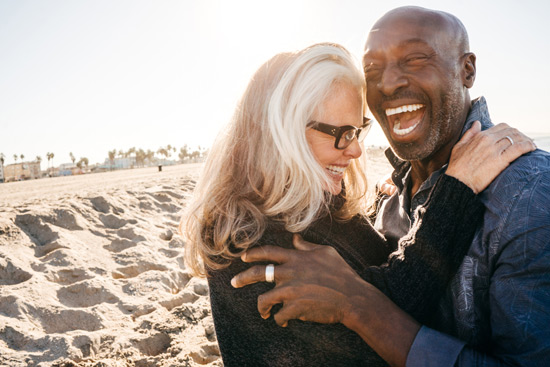 Always Looking ForwardIn the end, few people will enjoy the level of success that Warren Buffett has when it comes to his personal finances – this much is true. Even though we’d all like to become one, it’s very rare for anyone to achieve billionaire status let alone to do it in the way that he has.

But that’s okay because there is still an incredible amount to be learned from his long-term approach. By consistently maintaining a diversified portfolio, emphasizing value investing, keeping one eye firmly fixed on the future, and more, it’s clear that this is one situation where the phrase “slow and steady wins the race” very much applies. By paying attention to tips like those outlined above, you too can carve out a bright financial future for yourself – which is exactly how it should be.