From Couch Surfing To Revolutionary Entrepreneur

If you had to make a list of some of the most profoundly successful entrepreneurs to ever live, there is at least one name that would absolutely be on it: Steve Jobs.

Today, people know Steven Paul Jobs as the co-founder of Apple Computer. He was a majority shareholder in Pixar, one of the most successful animated film studios ever. He was a member of The Walt Disney Company’s Board of Directors. He changed the face of personal computing and then became a legend all over again years later with the release of the iPod. The debut of the iPhone changed the way we think about not just the Internet, but communication in general, forever.

If you were to name a pivotal technology-related event that took place in the last four decades, there is a good chance that Steve Jobs had a hand in it. But one of the most influential people in tech history didn’t start out that way – especially in those early days of his life. 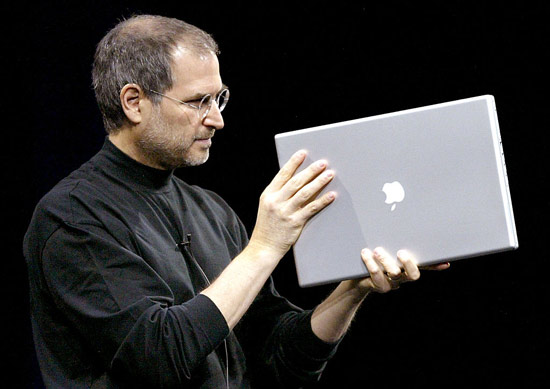 The Steve Jobs Success Story: In the BeginningSteve Jobs was born in 1955 in San Francisco, California. His mother was named Joanne Carole Schieble, while his father was Abdulfattah Jandall. He was given up for adoption and was adopted by Clara Jobs and Paul Jobs shortly thereafter.

Paul Jobs had many jobs throughout his life, including time spent as a machinist. That love of tinkering is something that he certainly passed on to Steve Jobs. Paul even built a workbench in the family garage so that young Steve could experiment with various things and work on his craftsmanship.

In terms of his education, Steve Jobs had a difficult early few years. Many have noted that he had a hard time operating in a “traditional” classroom environment. He grew to resent authority figures pretty quickly and often misbehaved in a variety of ways. Believe it or not, he was even suspended from school on multiple occasions.

Part of this had to do with the fact that Steve Jobs tended to be far more advanced than a lot of his classmates. His mother had taught him to read as a toddler, for example, so he was pretty far ahead developmentally speaking in most classes that he took. This led to an onset of boredom, which typically leads to misbehavior in children his age.

By fourth grade, however, he had started to take more advanced classes and began to curb that unfortunate behavior that he had become known for.

It wasn’t until high school, however, that his perspective began to expand. He had always been interested in science and technology, but now he was starting to draw inspiration from sources that were decidedly more creative in nature. He started listening to music – especially rock and roll – in a way that he never had before. He took creative writing classes. He read the works of William Shakespeare, Herman Melville, and other fine literature. The list goes on and on.

It’s arguable that the seeds of Steve Jobs that the world would come to know began here – both in terms of his creativity and in terms of the famous Steve Jobs leadership style.

After high school, his good friend Steve Wozniak started at the University of California Berkeley campus. Jobs liked to visit him often and would study in the student union at Stanford University, which was nearby. Soon, Jobs enrolled in higher education himself – specifically at Reed College, which is located in Portland, Oregon.

However, he dropped out of Reed College after just a single semester. He did so without letting his parents know about his decision. He said that his primary motivator was that he felt bad about spending his parents’ hard-earned money on classes that he felt apathetic about. However, he did continue to audit a few classes from that point forward, which essentially allowed him to attend for free. They included calligraphy courses and others.

What followed was a period in Jobs’ life that can be described as one of self-discovery. He famously spent time couch-surfing at a Hare Krishna temple, where he would also eat the free meals they offered whenever he could. Right around this time he also went to India to visit a very specific ashram. After that ashram was closed, he luckily found another.

Ultimately, he returned home to the United States and tried psychedelics for the first time. Not too long after that, he began practicing Zen Buddhism. He returned to a job he had earlier in his life at Atari. However, it was his friendship with Steve Wozniak that saw him start to make appreciable amounts of money. Steve Wozniak had developed something called a “blue box,” which was a device that generated the tones necessary to “trick” a telephone network into letting someone make free long-distance calls. The blue box was a hit and once Steve Jobs decided to start selling them, he split all of the profits he made with Wozniak. 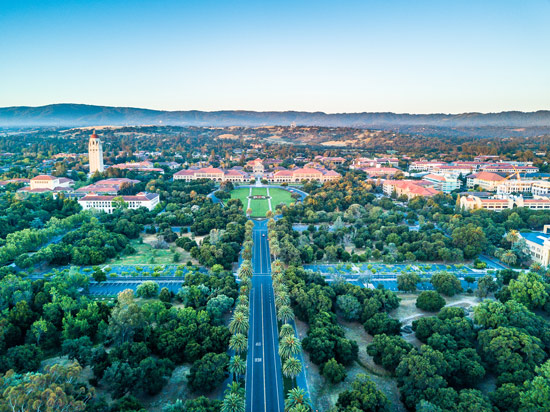 The Beginning of Apple ComputerThe success of the blue box is partially what inspired Jobs to realize that he could eventually beat the massive computer companies at their own game, even though he lacked the substantial resources that they had.

After Steve Wozniak himself got inspired to start building computers, the duo founded Apple Computer in a garage. They were so strapped for cash in those early days that Jobs even asked his sister to help assemble the computers they were building.

That initial computer was the Apple I. Admittedly, there wasn’t much you could do with it by today’s standards. However, you could hook it up to a keyboard and monitor and it didn’t need anything extra to display text – making it the first “all-in-one” device of its type. The Apple II followed not too long after that and was a much more professionally designed device.

Then came the Macintosh, otherwise known affectionately as the Mac for short. Even though it was priced at $2,500 in 1984, it was still the first affordable computer to come with a GUI, or “graphical user interface.” Note that if you’ve seen the famous Super Bowl ad that introduced the Mac to the world, it should be mentioned that it was directed by Ridley Scott. Scott was responsible for films like “Alien” and “Blade Runner,” among others. 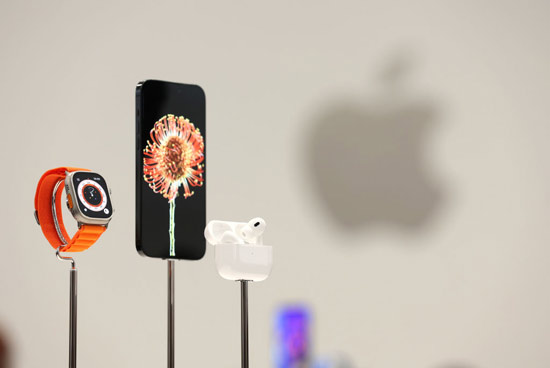 Onward to RevolutionAfter a tumultuous period where Jobs left Apple Computer, Inc. and left John Sculley in charge, he eventually returned. While he was away he got involved with the special effects house that would eventually become the aforementioned Pixar. Their film “Toy Story” won Academy Awards and was the first fully computer-generated film of its type.

At the dawn of the century, Steve Jobs released the iPod to the world – a device that would change the music industry for all time. For years, people had been using Internet connections to download music to their personal computers, but their options in terms of listening to them while on the go were limited. You could burn your own CDs (or purchase ones from the store) and take them with you via a portable CD player, but those devices were prone to skipping. MP3 players had been around for a few years, but they were limited in terms of capacity.

The iPod, however, was something different. Not only could it easily fit hundreds of high-quality songs on one device, but it was also incredibly simple to use. A unique click wheel allowed you to scroll through your library and a single button was all it took to play whatever song you’d like. Music was managed through the iTunes application on both Windows and Mac computers.

Before too long, the company began selling songs via the online Apple Store platform – then called the iTunes Store. Finally, music was as easy to buy as it was to play. You didn’t have to purchase full albums if you didn’t want to – you could purchase only your favorite songs and put them all together via playlists. Within years, even major music retailers like Tower Records began to close all over the country.

In 2007, Jobs would incite another revolution – this time in terms of how we communicate with one another. While “smartphones” were certainly nothing new at the time, even the most advanced models left a lot to be desired. They could send SMS text messages and could even go online, but trying to visit a website often resulted in all content being converted to plain text. This lost all formatting, making most sites difficult to navigate – if you could do so at all.

The iPhone, however, was different. In addition to being a stable cell phone, it was also a powerful Internet communication device. It could run full versions of websites from a built-in web browser and had a variety of applications built in that were effortless to use (keep in mind this is before the App Store debuted). It even essentially had the capabilities of an iPod built right into it – and one that could play video files, too. 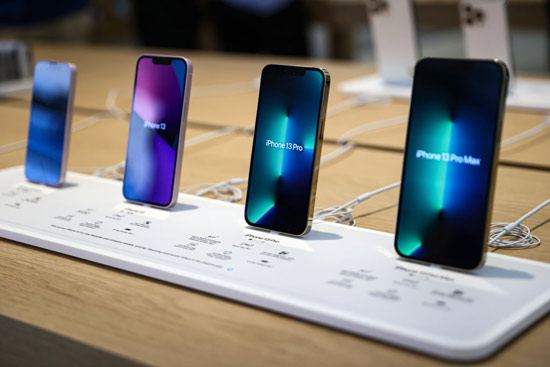 In the EndSadly, Steve Jobs was diagnosed with pancreatic cancer in 2003. After years of living with the disease, he passed away on October 5, 2011. Prior to that, he had introduced another innovative technology product: the iPad. What was originally dubbed as little more than a “large iPhone” became a must-have device for readers and people who want to work on the go as well.

While Steve Jobs may be gone, the impact he left on all of our lives will never be forgotten. Our days would look a lot different if we didn’t have our iPhones or personal computers to stay connected with the world around us. Truly, Steve Jobs was more than just a successful technology entrepreneur. He was a visionary – someone who had an unending urge to change the world and who did so time and time again throughout his career.

There is a very good chance that we will never see something quite like the Steve Jobs success story again in our lifetimes. But that’s okay – because the way that he inspired future generations will allow up-and-comers to keep changing the world, for the better and for all time, exactly the way it should be.

If you are looking for a partner to help your business succeed, feel free to contact us to talk about your dreams.